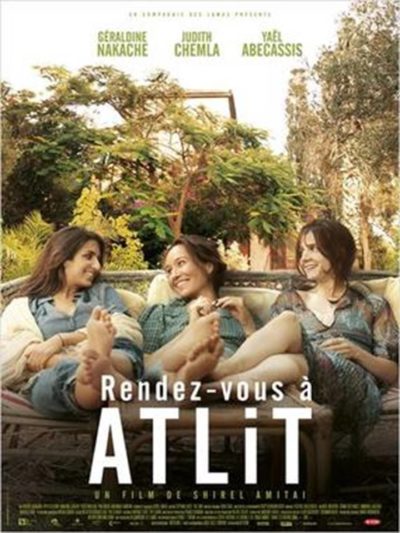 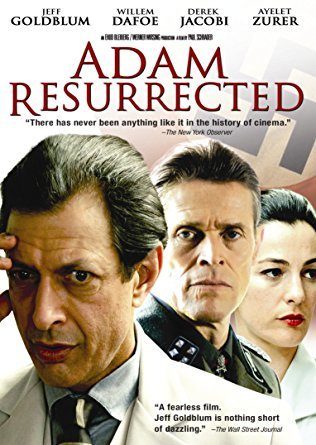 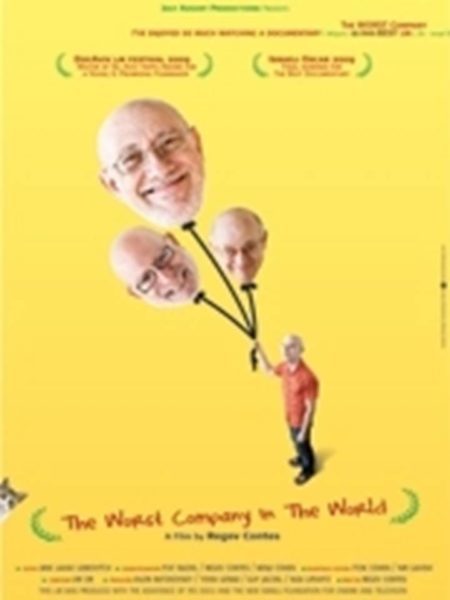 The Worst company in the world

This is a documentary about the 3 clumsy workers of a small family insurance agency. They are all in their late 50`s, chubby bold, bearded with massive glasses, and though they are kind, easy going, sensitive and broad minded gentlemen, they know nothing about business and are on a verge of bankruptcy in any aspect of life. The film documents their survival attempt during the 2008`s economical crisis…

WW2 separated young Bernie and Ellis as they had to go underground. They promise to each keep a diary. After Bernie disappeared in mid war, heartbroken Ellis married another man. On the morning of her wedding day a package arrived, in it was Bernie’s diary. Overwhelmed by the turn of events, Ellis buried the diary deep in her suitcase and set out for Palestine, where she started a new life. For 65 years the diary remained untouched, until now. Following clues from the diary, Ellis sets out on a detective search to find out what ever happened to Bernie. 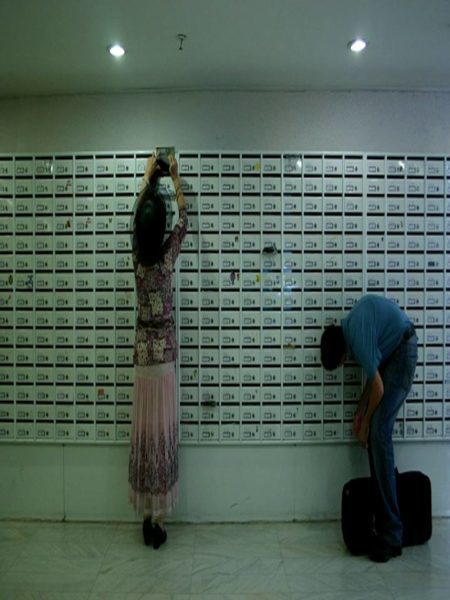 This is the story of veteran immigrants from the former Soviet Union, who all reside at the Diplomat Hotel in Jerusalem. These are people who came to Israel in search of a new home, and have ended up living permanently in a hotel. The exterior of the hotel – a large building of more than 500 rooms, surrounding by green lawns – reveals nothing about its interior. This is the story of the Diplomat Hotel residents, who live among us as strangers. 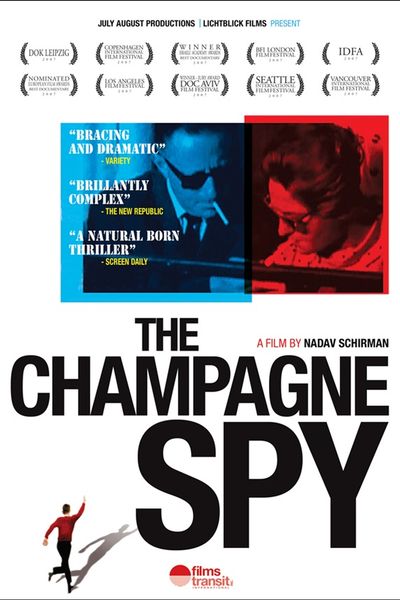 Oded is just 12 years old when his father reveals to him being a secret agent for the Mossad and makes the boy swear to secrecy because his life depends on it. While he leaves on his mission to Cairo as Wolfgang Lotz – ex Nazi millionaire and horse breeder – Oded and his mother remain alone in Paris, waiting anxiously for his return. Now Oded breaks a long silence and journeys into his father’s real and covert identities, revealing the heavy price paid by his family, trapped in the shadows of espionage.

Milk & Honey tells the story of four childhood friends from a small village in the Galilee who stumble upon an original business idea which will make the most of their various abilities – they open an escort service exclusively for women, the first of its kind in the country. The service becomes a surprising success around the Galilee, while the four friends struggle with their new and challenging identities as gigolos.

Every episode advances three or four plotlines, following the adventures of the four friends, the women they meet in their personal lives as well as their professional/sexual encounters – and the fine line separating the two. By turning the spotlight on the bedroom, the show sharply exposes the power play and tension between genders, classes and different sectors in Israeli society.  The men in the show see selling their bodies as a tempting and lucrative business opportunity, but paradoxically, it’s their dubious business that forms a bond of solidarity between them. 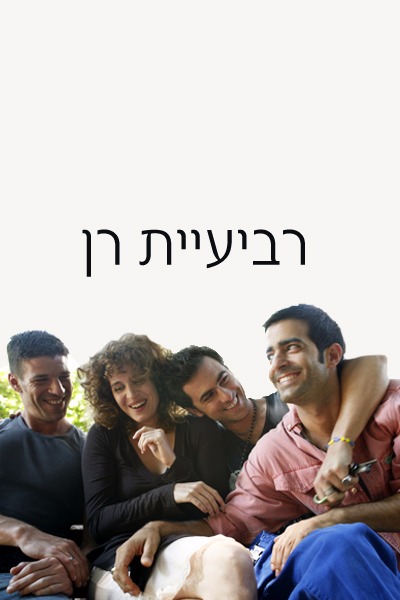 A story of 4 brothers reaching the age of 32 through the camera of a television reporter working on a documentary project which follows the family since their birth, filming them once every 8 years. The series starts while filming the 5th chapter of their lives, when they arrive to the age of 32. 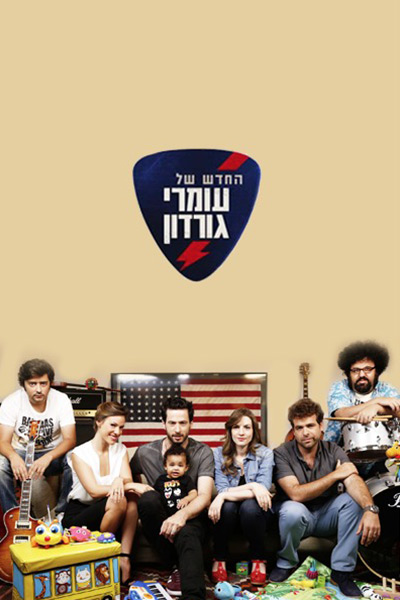 When a cool, laid-back and self-absorbed rock-star finds an Ethiopian baby on his doorstep, holding a note saying he’s the dad, he does everything in his power to resist his fate, but in the process realizes life has given him a whole new song to sing.  Omri Gordon’s claim to fame is his ethnically diverse group of band members. This “politically correct” appearance is put to the test when he discovers he has a child of mixed race origin  Even though Omri did have an affair with one of his singer’s sisters, he refuses to believe the child is his.

He is not ready to become a dad and in addition believes that a child will ruin his chances of winning back Yael, his great lost love. If Yael finds out Omri fathered a child while the two of them dated, all the long-stem roses in the world won’t bring her back. But once the paternity test comes back positive, Omri has to face a new reality.  Season one follows Omri as he is coming to terms with his unexpected leap into fatherhood while struggling with his own fraught relationship with his parents and trying to get his girl back.    Through socially awkward encounters, Omri will experience how race issues can become much more personal…

Many years ago, the children who made up the group HASAMBA helped establish the state of Israel and guard it from many dangers, becoming a legend in the process. Today, no one remembers or takes an interest in them. The former leader of HASAMBA, Yaron Zehavi, is a lonely, monkish old man. He and Tamar split up, and he’s retired in complete solitude. When Tamar finds herself caught up against her will in a big corruption scandal and is kidnapped, Yaron goes out looking for her along with Iggy, a spoiled Tel Aviv teenager, who’s supposed to “help” the elderly Yaron as part of an extracurricular high school program.

Yaron and Iggy form a tight bond, and the two embark on a journey that reunites them with all the old HASAMBA members: Moshe Yerachmiel, Menashe the Yemenite, fat Ehud, Shulamit the nurse, and thin Uzi. After the members of HASAMBA rescue Tamar from the clutches of the crime lords, they discover that the country’s largest cell phone corporation, Zurcom (run by the children of their old nemesis Elimelech Zurkin) is behind the plot. The veteran HASAMBA members, aided by a new group of teens formed against all odds, are faced with dangerous foes. They try to solve the mystery of the death of Ori, Yaron and Tamar’s son. Together, old and new HASAMBA members struggle to save the country from the hands of Zurcom, and from traitors from without and within.      HASAMBA is based on the highly successful books by that name, that were written back in the 1950’s by Igal Mosinzon