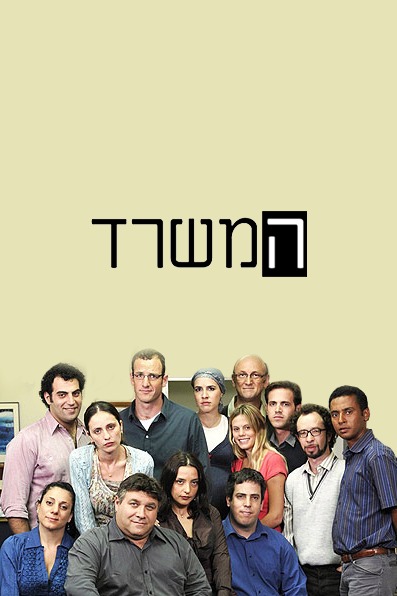 “The Office” is a mocumentary series based on the British show of the same name. Somewhere within the industrial area of Yahud is a grey, drab office, the failing branch of an office supply company heroically named “Paper-Office”. The branch is run by the show’s protagonist, Avi Meshulam, a 40-year-old loser, who’s overweight and has severe self-image issues that turn him into a liar, a suck-up, and a generally unbearable human being. He’s absolutely sure that he’s a wonderful standup comedian, who wound up in this boring, humiliating job purely by chance.

Management is constantly trying to fire him, his employees despise him, yet he is ever the optimist, and he talks in catch phrases lifted from the most banal management books. He is surrounded by the range of characters that make up the impossible mosaic of Israeli society. Romance flourishes, schemes are hatched, lamination machines are sold on sale– and everybody tries to make it through yet another day with their unbearable boss.